In the spirit of doing something completely different…. I had a go at making a couple of French Existentialist philosophers… as you do!
So here are Jean-Paul Satre & Simone De Beauvoir.

I’ve been listening to a lot to a lot of interesting lectures on youtube… It’s quite hard to physically read a book and knit at the same time so audio books are my new favourite thing!

I really like how they look as woolly dolls with profound quotes about the pointlessness & absurdity of life!

This is a great little film on Satre – just 6 minutes!

Going to See Sid Griffin play a solo show on Sunday seemed like a great opportunity to take out a new Gene Clark Rocker. I think they had fun….

It’s always great to see a Sid show!.. I really think he’s a great songwriter.. and a lovely friendly guy to chat to about music..

.. solo Echoes era Gene, like this was who I based it on!

I’ll try to get some more pictures of the Gene doll soon. IT was main;y an evening of excellent music & songs.

Sid played a great solo show, consisting mainly of material from the excellent Trick is to Breathe album, which I love a lot!

Support from Hannah Rose Platt was also really lovely… She had some great songs.

Allen Ginsberg went to live with our best buddy, the talented songwriter extraordinaire, Mr Jay Fynn.
This was a photo opportunity not to be missed on a recent visit. Productivity has been pretty fabulous. Allen is writing…..

They started off pretty well, colours all looking good! I tried to make them a bit smaller.. so they wouldn’t take too long to finish. I hoped they would also be quite quick to make in this size and fun to play with.

Here are the first pictures of them finished.

I hope they stay together & Happy through Season 2!

Sometimes before things are properly finished.. they can look really weird! I’m keen to get the arms and faces on these..they are slightly freaky!

These are going to be  4 sets of Fleetwood Macs.. like this set but with a few tweaks….

This set I gave to Jenny Boyd at a Beatles Day event in September where she was talking about her book, It’s Not Only Rock & Roll.

This is he largest order I have undertaked – 5 members, 4 bands. That’s 20 dolls.  They are coming together… but slowly!

After a bit of a stalled production process due to house moving, settling in and getting sorted out… these are a couple of orders that I’d like to have finished sooner… Sorry.

But here they are now….

This was the requested picture to base another Bob on….

So, here they both are still arguing over what to play next….

Allen loved talking about San Francisco in the Sixties. He had some Owlsley acid given to him by Ken Kesey back in the day.

Next thing…It’s in my tea and I’ve just drunk it.

“Allen, What have you done? What’s happening?”

Everywhere I looked… all I could see was technicolor Timothy B Schmidt!

I’ve been listening to Poco too much!? This is very weird..

….. It was all very peculiar and I lost all track or reality, real time and space!

Tim is of course my friend I wrote about already Mr Jay Fynn the fabulous songwriter… who sent this picture of Allen in his new place with lots of book.I think he looks pretty happy to be there!

& a little mention for Mr Fynns New release, “Odd Nodules” which can be streamed or downloaded for free. Worth it for every moment of “Kittens”

I really wanted to try to finish another rocker…. I was inspired to start an Allen Ginsberg a while ago. He’s a bit of a counterculture hero of mine.I recently read about a book about the Social history of psychedelics and LSD… & Mr Ginsberg was a huge advocate and spoke up for Timothy Leary at his trial.

I’ve had this copy of Howl bought from the City Light Bookshop in San Francisco for a while:

I only recently saw this film about the ‘Howl’ obscenity trial though. It has some beautiful animations which really brings to life a lot of the imagery in the poem. It’s well worth a watch.
HOWL the film,  on the BBC iplayer.

I
I saw the best minds of my generation destroyed by madness, starving hysterical naked,
dragging themselves through the negro streets at dawn looking for an angry fix,
angelheaded hipsters burning for the ancient heavenly connection to the starry dynamo in the machinery of night,
who poverty and tatters and hollow-eyed and high sat up smoking in the supernatural darkness of cold-water flats floating across the tops of cities contemplating jazz,
who bared their brains to Heaven under the El and saw Mohammedan angels staggering on tenement roofs illuminated,
who passed through universities with radiant cool eyes hallucinating Arkansas and Blake-light tragedy among the scholars of war,
who were expelled from the academies for crazy & publishing obscene odes on the windows of the skull,
who cowered in unshaven rooms in underwear, burning their money in wastebaskets and listening to the Terror through the wall,
who got busted in their pubic beards returning through Laredo with a belt of marijuana for New York,
who ate fire in paint hotels or drank turpentine in Paradise Alley, death, or purgatoried their torsos night after night
with dreams, with drugs, with waking nightmares, alcohol and cock and endless balls,
incomparable blind streets of shuddering cloud and lightning in the mind leaping toward poles of Canada & Paterson, illuminating all the motionless world of Time between,
Peyote solidities of halls, backyard green tree cemetery dawns, wine drunkenness over the rooftops, storefront boroughs of teahead joyride neon blinking traffic light, sun and moon and tree vibrations in the roaring winter dusks of Brooklyn, ashcan rantings and kind king light of mind,
who chained themselves to subways for the endless ride from Battery to holy Bronx on benzedrine until the noise of wheels and children brought them down shuddering mouth-wracked and battered bleak of brain all drained of brilliance in the drear light of Zoo,

A few more pictures of Allen.. He’s giving a lecture tour and few reading around London…
I feel like one of ‘the mad ones’ walking around London looking for quiet places to get my woolly Allen Ginsberg out!

Not quite ‘City Lights’ but this was just there is the little Mews I found…. where no one was around.

Before Christmas I made a special commission Tom Waits. This one had some really specific requirements. He had to be animate-able so he has a removable hat and his jacket can open or close with a press stud. I received a couple of pictures of Tom in his new place last week..

The best thing though is that Tom is living with one of the most awesomely talented song writers I have ever encountered…. (& I have know one or two).  I’m very happy to have made the acquaintance of time fabulous Mr. Jay Fynn.

Please take a listen to these beautiful songs. There are four collections of 22 songs in all:

I think what I love is the gentle soothing melodies, intricate guitar finger picking and beautiful words and quite honestly how they make you feel! After a listening to a couple of these, somehow all is well in the world again!

I am on a bit of a mission to contribute to the Jay Fynn recording fund because after a catch up last week it’s evident that there is so much more incredible material and I really want to hear more….a collection of songs about celebrities/influences, the ‘icons’ series including Mr. Waits who may become animated.. or not (but who cares), murder ballads! Funny songs about how kittens don’t break your heart, a collection of songs in Spanish, sexy songs about playing scrabble. For now though please enjoy these & do share. The songs can be downloaded for between £0 & any amount you’d like.

In the crazy world we live songs like these which offer some respite and relief from troubles are extremely precious… Enjoy the magic of Jay Fynn.

(I think they made have changed it,  to make it a little easier)

Here are a few pictures of our buddy, Sid Griffin and The Coal Porters from the Whats Cookin’ Club in Leytonstone.

We love Sid! He has a great solo album out lots more gigs coming up…. Highly recommended!

Sorry we had to dash off and didn’t get to say Hi. you guys played till well after closing time! 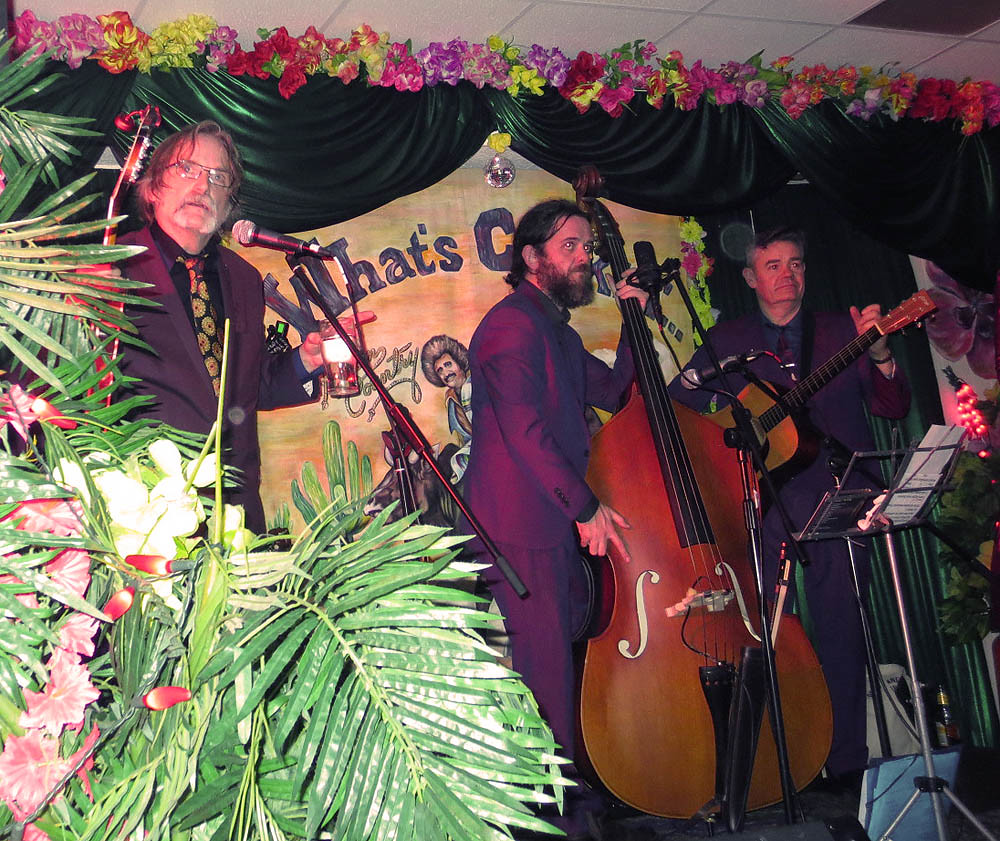 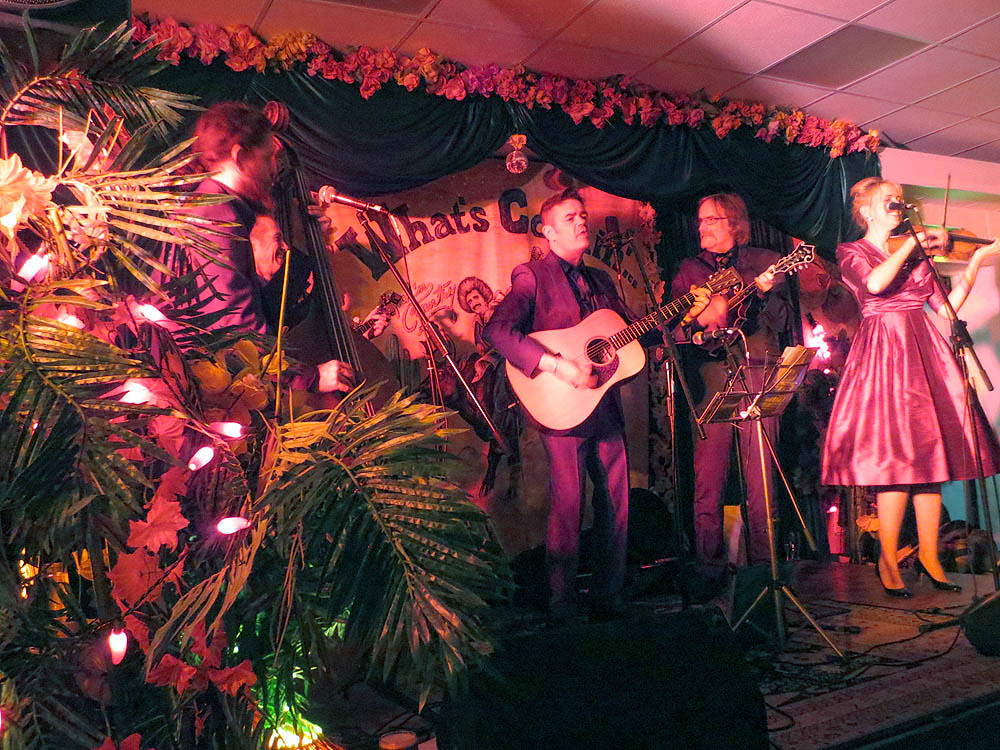 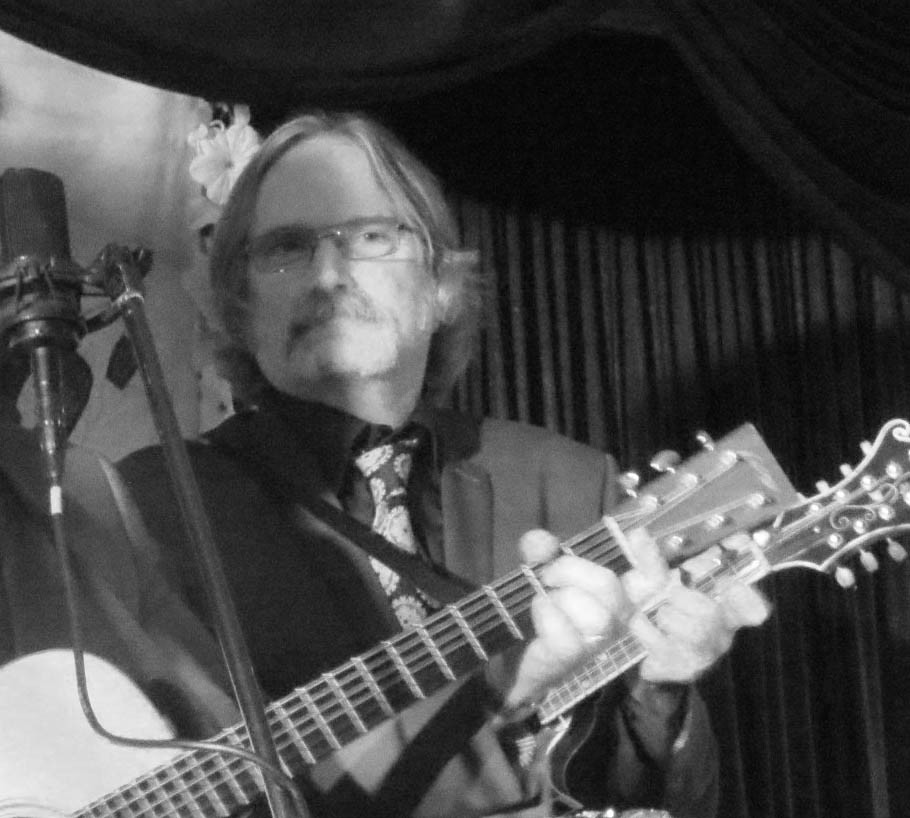